He was a young black kid growing up in a single-parent home in the inner city of Detroit with a love for horses, who fought the obstacles of racism to become one of the top African-American riders in the history of equestrian show jumping. In 1992, Mr. Ewing and one of his horses were inducted into the Guinness Book of World Records.

Besides being an accomplished equestrian, Mr. Ewing is also an actor, T.V. show host and producer. As an actor, he has appeared on such top rated shows as "All My Children", "One Life to Live", "Kate & Allie" and others, plus hundreds of radio & T.V. commercials. He has also been the narrator and /or spokesperson in countless industrial films for General Motors, IBM and many others, as well as Master of Ceremonies for the Detroit Symphony Orchestra and more.

He is also the creator, producer and host of "Hang On to the Dream", a unique children’s television newsmagazine which showcases young people who are considered positive role models for others. This program has won the prestigious "Emmy Award" for "Best Children’s & Youth Program" as well as a "Service to Children Television Award" presented on Capitol Hill by the National Association of Broadcasters, which named "Hang On to the Dream" one of the top-10 children’s programs on television. Following the success of that program, Post-Newsweek Inc. developed a talk show which they asked Mr. Ewing to be the host of. The show, "Christopher E!", was a cool teen-oriented "interactive" talk show which dealt with issues that concern young people. The show was nominated for numerous awards and was highly praised for its unique style, as well as for Mr. Ewing’s hosting abilities.

Mr. Ewing also has "news reporter" on his impressive list of accomplishments. With his own franchise created by Post-Newsweek Stations, Inc. called "The E-Files" (for "Ewing"), Christopher covered teen & young adult topics, as well as celebrity interviews for the 5, 6 & 11pm newscasts on WDIV-TV, the NBC affiliate in Detroit, as well as other affiliates around the country.

Selected by the National Academy of Television Arts & Sciences to serve as one of their prestigious "Blue Ribbon Judges", Mr. Ewing has served for several years as an annual judge for the Emmy Award competitions, including the "Daytime Emmy Awards" and the "National News & Documentary Emmy Awards".   In 2011, Mr. Ewing created the Indie Music Channel, a popular, interactive digital platform geared to the promotion of up & coming singers and bands.  The Indie Music Channel features the music, videos and artist profiles of thousands of independent singers and bands of all genres from around the world.  He is also a syndicated DJ for numerous radio stations across the country and is currently the Host & Executive Producer of “Indie Music Cafe”, a popular weekly syndicated television show that airs on major network affiliates across the country.  On the show, Christopher features music videos of independent singers and bands from around the world, as well as interviews top celebrities.  He is also the Executive Producer and Host of "The Radio Cafe 10 Countdown" radio show heard each week around the world on iHeart Radio, Spotify, Google Podcasts and Apple Podcasts.

Christopher is also the President and Founder of The Hang On to the Dream Foundation, a national, 501 (c) (3), non-profit organization that helps kids from around the country by providing them with needed equipment, opportunities and finances in an effort to help them reach their goals in life.

Christopher's television production company, Metro Media Group, located at Sunset Gower Studios in Hollywood, is currently producing a number of weekly television shows.  When he is not hard at work, he can often be found on the back of a horse competing in showjumping competitions.  He also devotes a lot of time to church-related activities and to his new weekly outreach feeding the homeless who live on the streets.

Birthday: January 20
Favorite Foods: "Pepperoni Pizza and Vanilla Bean Haagen-Dazs Ice Cream"
Current music he's listening to: music by independent bands that he plays on his TV show "Indie Music Cafe"
and on his music network, the Indie Music Channel.  Also, music by Michael W. Smith ("his 'Worship' CD is awesome"),
Patti LaBelle, Crosby, Stills & Nash, and everything from EDM (Electronic Dance Music) to Irish music ("it's part of my heritage")
and anything Classical ("especially Bach"). 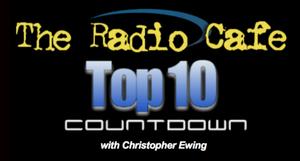 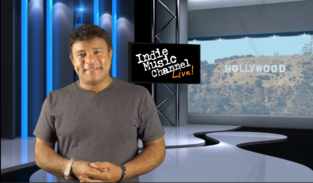 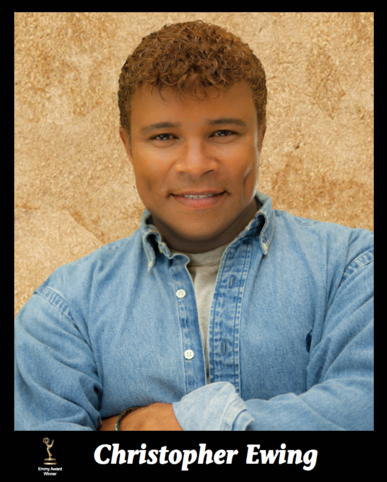