The world lost a true legend.  I was very close to Aretha Franklin and her family back when I split my time between my hometown of Detroit and living in New York.  I had just started to work a lot on television, I can’t even remember how or when we first met, but Aretha was such a special person.  I had the pleasure of spending time with her and her family countless times at her house in suburban Detroit and while she was out on the road performing. I have all kinds of awesome memories, from being at her house on Thanksgiving Day, to being backstage in New York when she tore it up at Radio City Music Hall. The picture of her and I together was taken “back in the day” at her house during a Christmas party.  Aretha always threw these really great parties at her house, and towards the end of the night, around 1am or so, she would always sit down at her piano and sing some of her songs.  It was so cool!  There was never any big announcement that she was about to perform or anything, you would just start to hear her start to play her piano and no matter where you were in the house, you just knew she was about to jam! Everyone would just run to her living room and there she would be. No mic, no fanfare, just this incredible legend with that amazing voice sitting at her piano entertaining her guests.  She was always so kind to me and I will always cherish the memories I have of spending time with her.

GOD bless you, Aretha.  May you rest in peace.

Filming at Abbey Road Studio in London, the most famous recording studio in the world (The Beatles recorded almost all of their songs here). 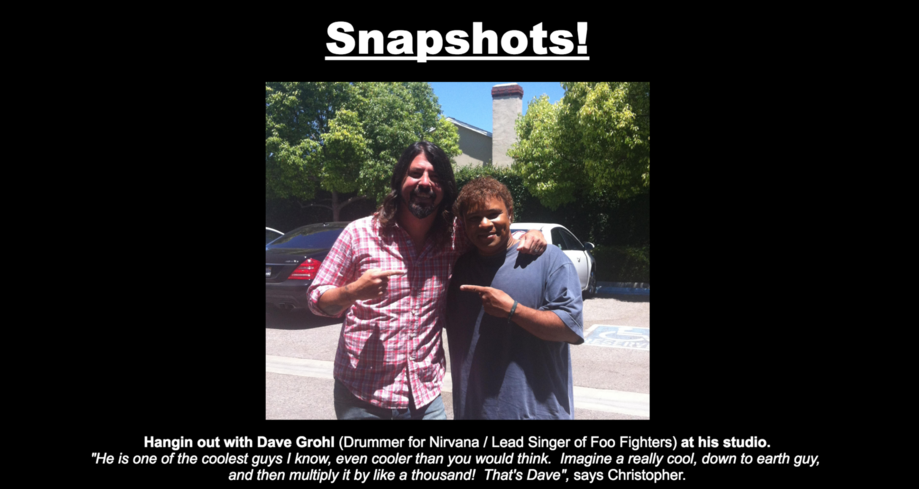 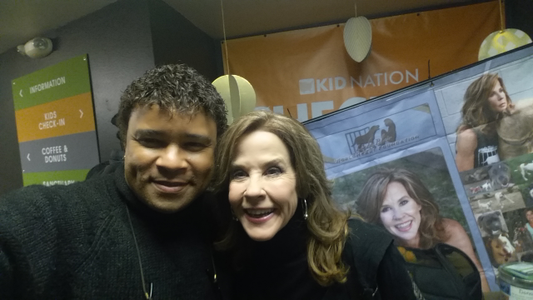 Christopher and his mom with Pastor Joel Osteen 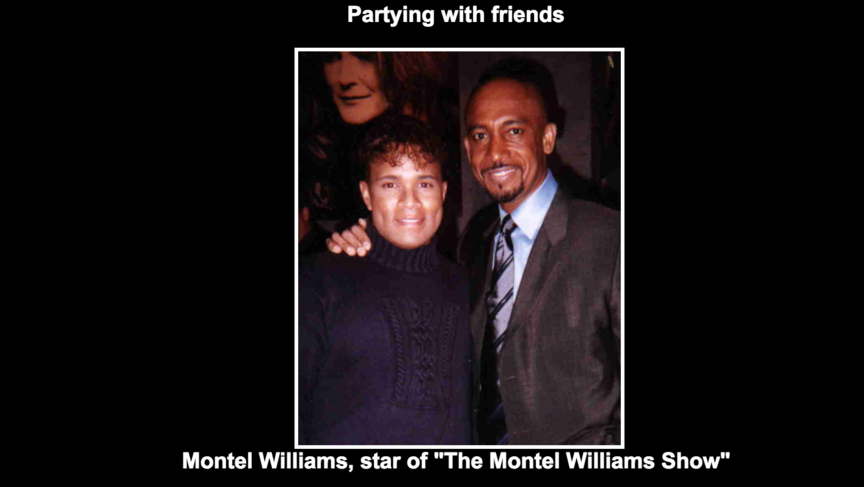 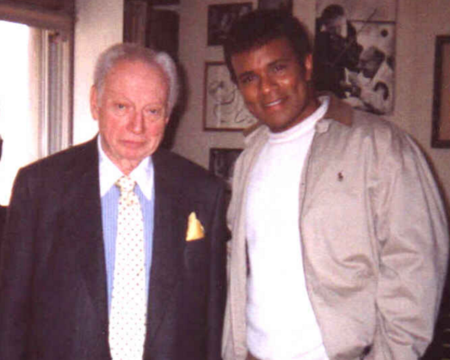 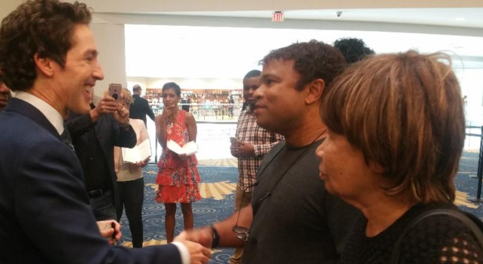 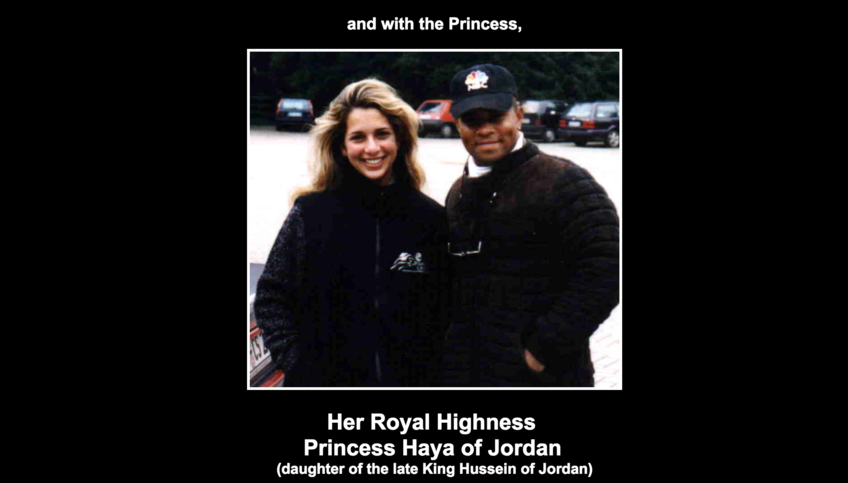 Christopher with "The Queen of Soul" 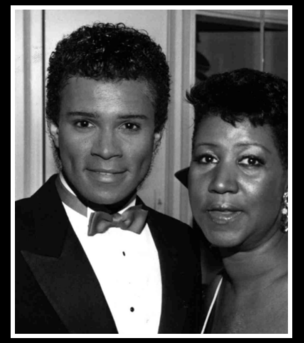 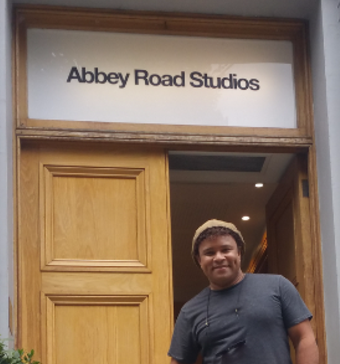 Christopher hanging with his friend Linda Blair (as a kid she was nominated for an Academy Award and won a Golden Globe Award as the star in the movie, "The Exorcist").

"Linda has a heart of gold.  She has created an awesome dog rescue called

​Linda Blair Worldheart Foundation that everyone needs to support." 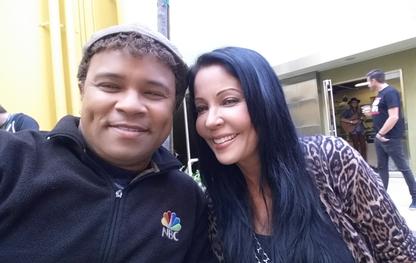 Hanging with my friend Apollonia ( she played Prince's love interest in the movie, "Purple Rain").

"She's a really cool friend, one of my favorite people in the world!" 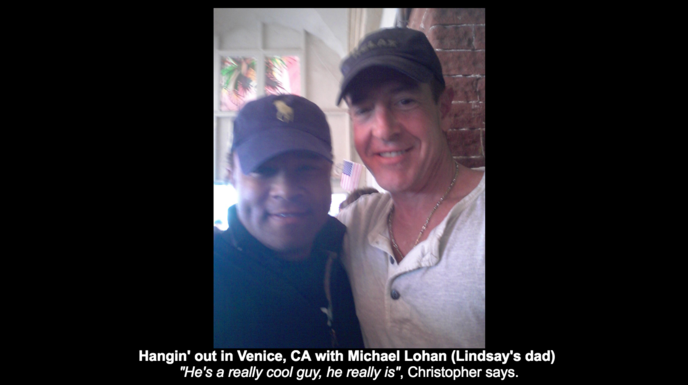 Christopher w/ the late violinist Isaac Stern at the musician's New York City apartment.  Sadly, Mr. Stern died just a few months after this photo was taken and Christopher was one of the last people to do a television interview with him.  Of the Maestro, Christopher says: "He was such a nice man.  He had a great smile and a great sense of humor.  When he first came into the room, the entire room fell silent as this legend walked in. Everyone in the room just froze, it was amazing.  He was truly a legend and it was an honor to spend time with him." 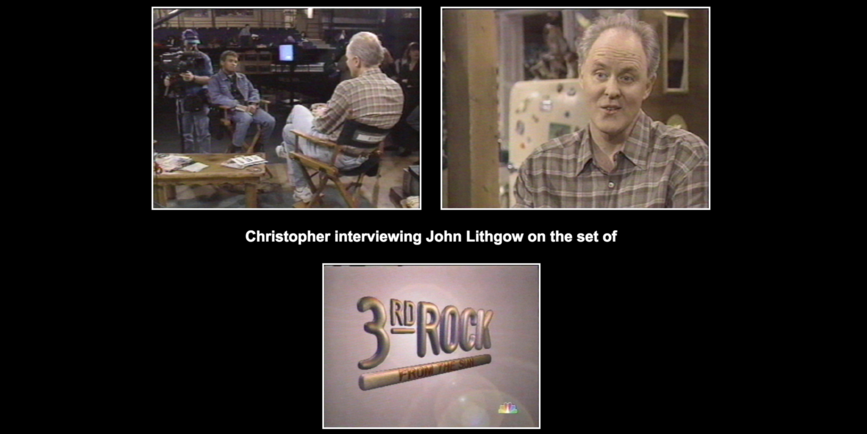